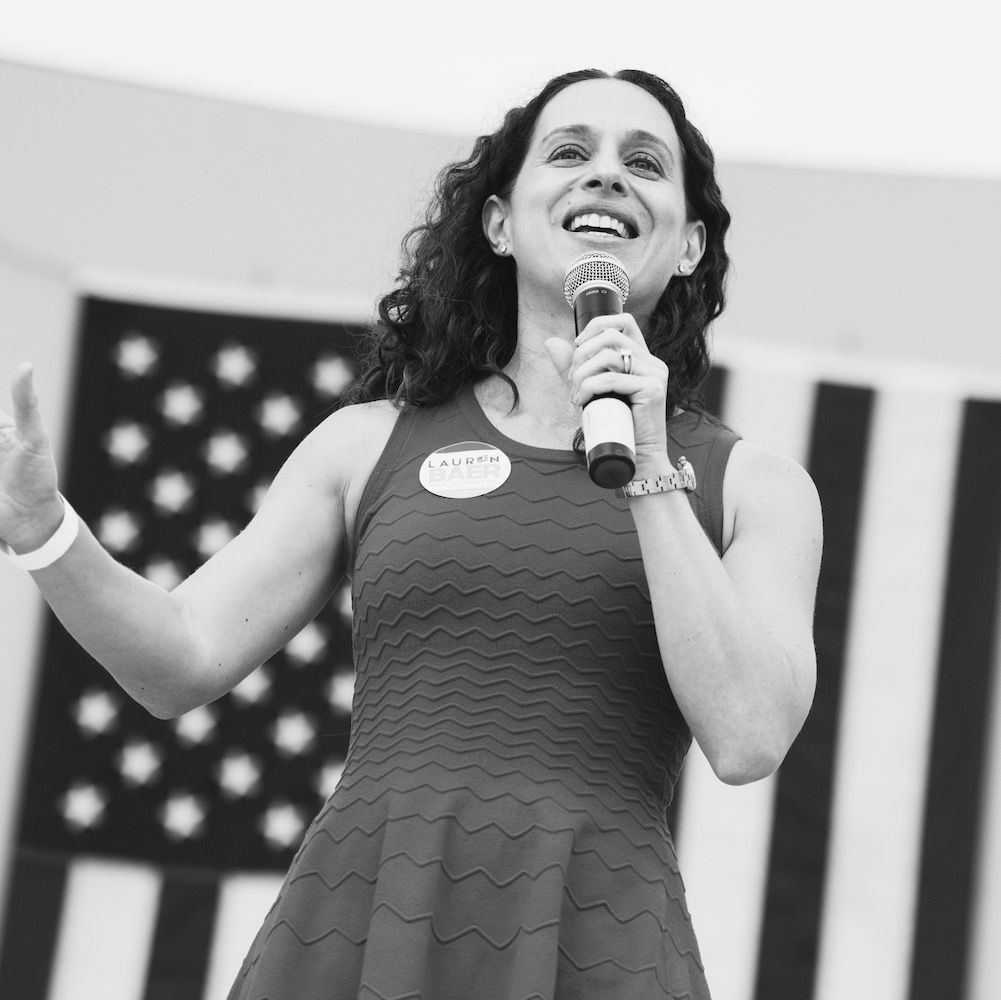 Lauren leads the Arena team in convening, training, and supporting the next generation of candidates and campaign staff.

Lauren is a nationally-recognized civic leader who has built her career generating social impact at scale. An attorney and foreign policy expert, Lauren served for six years as an official in the Obama administration, acting as a senior advisor to Secretaries of State Hillary Clinton and John Kerry, and to U.S. Ambassador to the United Nations Samantha Power.

In 2018, Lauren was the Democratic nominee for U.S. Congress in Florida’s 18th District. One of the earliest candidates placed on the DCCC’s prestigious Red to Blue list, Lauren received dozens of endorsements, earned national media attention, and won more votes in the district than any Democrat had during a midterm election. She was supported in her run through the Arena Fellowship.

A staunch advocate for diversity in politics and LGBTQ+ rights, Lauren sits on the Board of Trustees of the Florida Democratic Party, the Jewish Democratic Council of America NextGen Leadership Council, and the LGBTQ Victory Fund Campaign Board. She was a 2014-2019 Term Member of the Council on Foreign Relations and is a Fellow of the Truman National Security Project. She also previously served as a strategic advisor to political data firm Hawkfish. In 2020, she founded More Like America, an organization dedicated to electing leaders who are more reflective of the diverse communities that they serve.

Lauren holds a B.A. from Harvard University, a J.D. from Yale Law School, and an MPhil from the University of Oxford, where she was a Marshall Scholar.

She is a frequent political commentator and has been featured on outlets including MSNBC, CNN, CSPAN, PBS, Cheddar, and Glamour.com.

Lauren and her wife, Emily, have a young daughter, Serena, and a terrier, Biscuit.