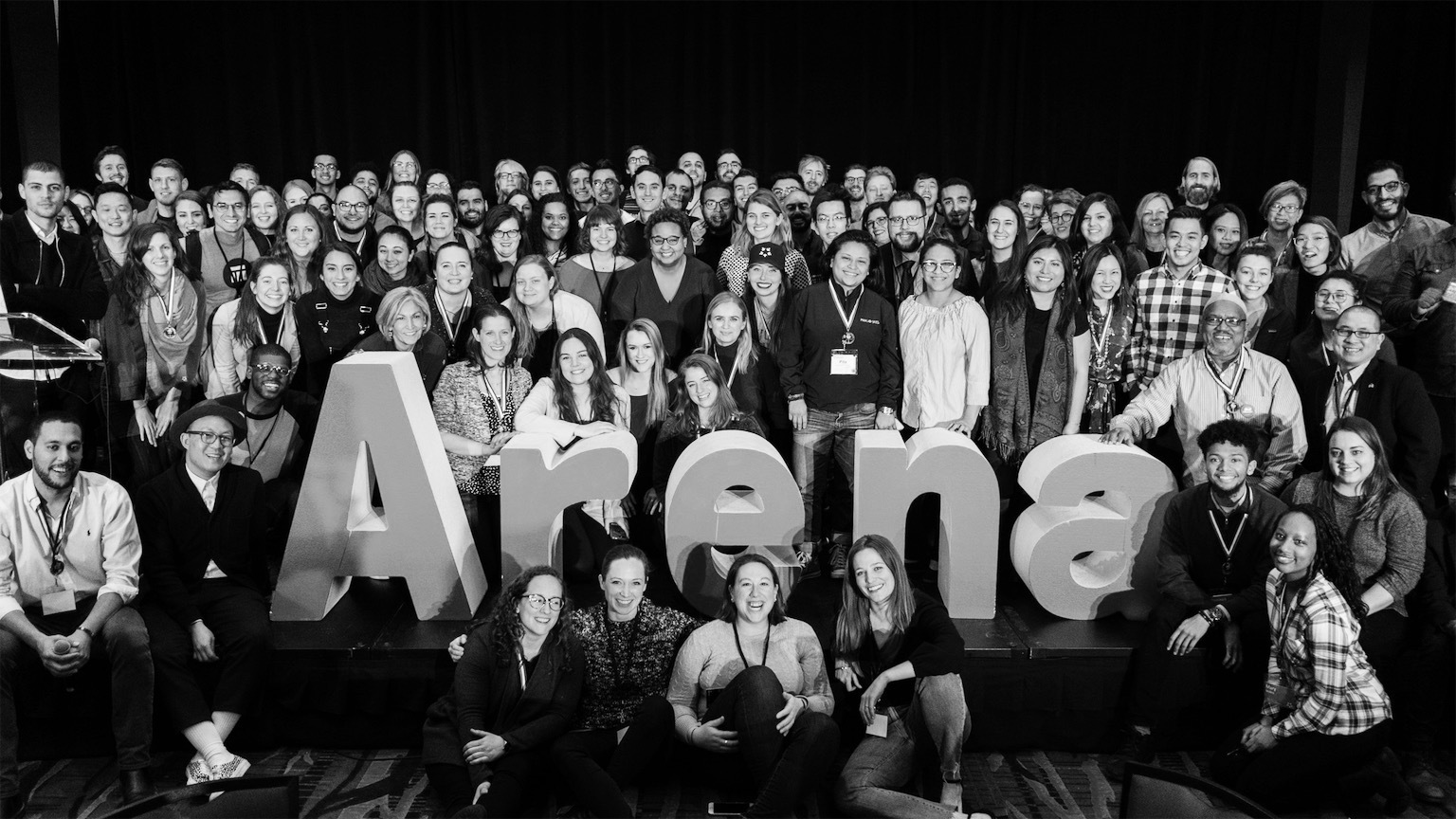 VIRGINIA—Arena, in partnership with the Virginia House Democratic Caucus, announced today a historic fellowship that will fund promising campaign staffers to work on key Virginia House of Delegates races where an injection of talent behind the scenes could be the lynchpin in securing Democratic victories.

Arena worked with the Virginia Democratic Caucus and other key on-the-ground partners to identify the seven House of Delegates races that could most directly benefit from additional staff support between the primary and general elections. Arena will invest upwards of $25,000 to support each of these races, for a total investment of close to $200,000.

Of the seven races selected, five are currently held by Democrats and are on the frontlines to defend the majority; the other two races represent unique opportunities to flip Republican-held seats. Supported candidates are 70% BIPOC and 57% women, including the barrier-breaking transgender candidate, incumbent Delegate Danica Roem.

“Arena is thrilled to support this diverse slate of Virginia candidates with a diverse cadre of campaign staffers who represent the many communities and constituencies that make up the Commonwealth,” said Arena Managing Partner Lauren Baer. “Arena’s Virginia Campaign Staff Fellows will bring the talent and experience required to protect Democratic gains and grow Democratic representation throughout the state.”

The seven Virginia Staff Fellows, who will fill roles ranging from finance and fundraising to field organizing, were selected from a pool of 103 applicants. All fellows are graduates of Arena Academy, an immersive five-day learning experience for people who want to work in politics but don’t know how to get their foot in the door, as well as people who are already working on campaigns and want to deepen their skills. Arena prioritizes opening up opportunities to women, people of color, LGBTQ+ people, and others who are under-represented in politics, which helps campaigns to staff up with people who reflect the communities they are running in while deepening the bench for cycles to come.

“We are so excited to be partnering with Arena this year,” said Virginia House Democratic Caucus Executive Director Jaime Reimers. “These fellows will not only provide important bandwidth on some of our key races, but also help us to build a strong pipeline of diverse, experienced campaign staff.”

Arena Virginia Staff Fellows will be placed and funded to work on the following campaigns:

The 2021 Virginia elections are a bellwether for elections in a post-Trump era. In 2017, Democrats flipped 15 seats in the Virginia House of Delegates. In 2019, the Democrats took control of the State Senate and now hold a trifecta for the first time since 1993. With these wins, Democrats have been able to improve Virginians’ lives by expanding Medicaid, passing landmark clean energy legislation, expanding voting rights, and raising the minimum wage. Still, these gains are precarious, and it is critically important for Democrats to defend seats they flipped in recent years.