To expand the map, expand our notion of “swing district”

In Virginia, we invested in eleven races — all seats currently held by Republicans — and most of which were considered unlikely Democratic pickups.
Kate Catherall & Ravi Gupta 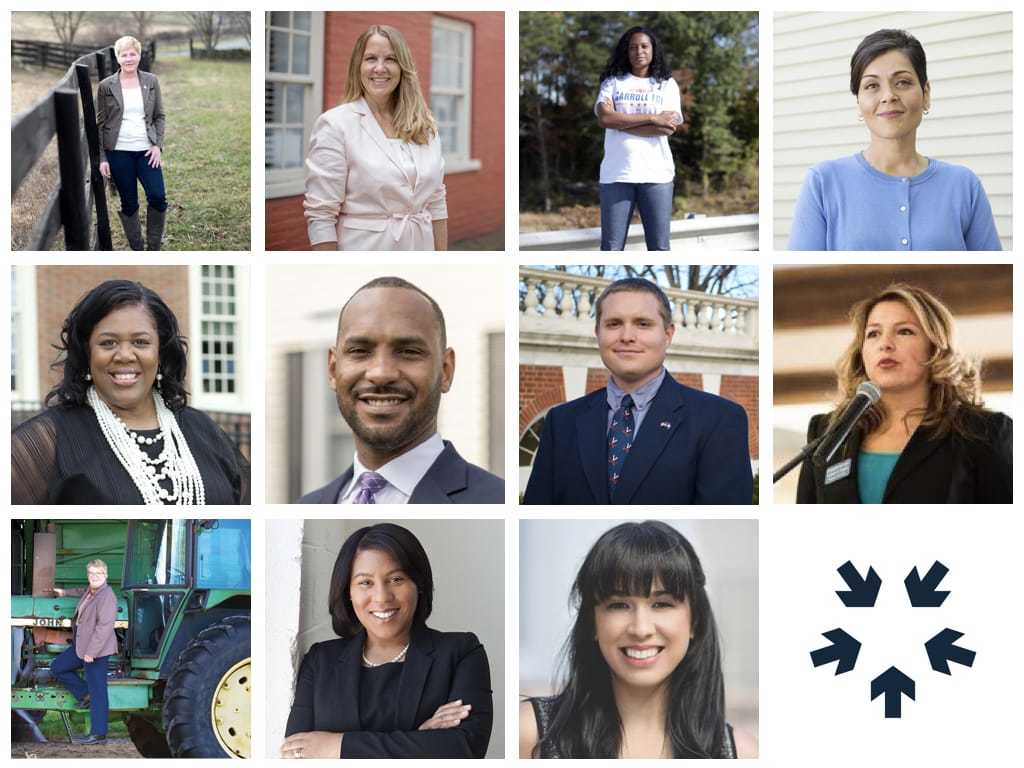 The mission of The Arena is to activate the next generation of civic leaders. In service of that mission, earlier this year The Arena PAC set out to identify exceptional and courageous first-time candidates who could expand the map in Virginia. As we wrote earlier in the fall, we knew that many organizations had mobilized around a small number of candidates in the most flippable districts, so we were eager to invest in people and places that have been historically under-resourced and overlooked, even races that many thought were nearly impossible to win.

We invested in eleven races — all seats currently held by Republicans — and most of which were considered unlikely Democratic pickups. The Cook Political Report deemed three of these races “Democratic reach” and five were labeled “tidal wave” districts or uncategorized — meaning Democratic victories in those districts would be historic.

We decided to focus our support in two critical areas: messaging and organizing. We funded 18 staff across eight campaigns (including a statewide organizing director) produced and promoted video ads telling the personal stories of seven of these exceptional leaders, and produced a statewide GOTV ad featuring President Obama.

Last night, six of our candidates won their races. The other candidates significantly overperformed historic averages, helped statewide candidates by investing in under-resourced territory, and laid the organizing groundwork for future success. Here are a few charts to show how historic these wins — and even the losses were.

What did we learn?

To expand the map, expand our notion of “swing district”

Hala Ayala and Wendy Gooditis won in districts that were tagged as “reach” districts, beating 2013 Democratic performance by 7% and 10%, respectively. But this is only part of the story. The most important data from last night came from some of the unsuccessful campaigns.

Sheila Bynum-Coleman and Veronica Coleman — who ran impressive campaigns with significantly fewer resources from outside organizations — each came within one or two percentage points of victory. When we first met Veronica this summer, she didn’t have a single paid staff member, so we funded three full time positions. As we look ahead to 2018, we should ask what candidates like Veronica can do if we all step in with more support.

Invest in candidates that move us

There are plenty of people out there who are attributing last night’s victories to a referendum on a Trump presidency. This administration has undoubtedly galvanized and energized voters to engage. And you are probably already seeing a long list of groups claiming credit for last night’s victories in your Facebook feed. Many organizations helped these campaigns succeed. But we believe that it was ultimately the stories of the candidates who ran in Virginia that inspired people to action, and you need look no further than “reverse coattails” evident in the victory margins to see it.

We were so moved by the candidates’ stories, that we invested in video ads to help them tell those stories to as many voters as possible. We were overwhelmed by the response.

Trump had essentially no ground game, leading many commentators to conclude that organizing is a waste of campaign resources. Last night challenges that conclusion. Altogether, our candidates’ campaigns knocked over 400,000 doors in the final months of the election cycle, with the help of more than 500 local volunteers. That effort may have made the difference. For example, Donte Tanner was up 68 votes heading into a recount in a race against the well-financed Majority Leader. This was another “reach” district. But Donte had a world class ground game. His team knocked over 90,000 doors and had over 120 volunteers. Win or lose, that organizing effort has kept a race closer than many thought was possible.

Before we look ahead to 2018, we want to thank our candidates for having the courage to jump into The Arena. You are our inspiration.

We also want to thank their staff members for hustling with purpose. You worked until the clock ran out.

And to our partners — there are too many to list here — thank you for trusting us and sharing with us your most precious resources — your time and labor. We are proud to work alongside you.

Finally, to The Arena community, thank you for showing up. Yesterday, you ran for office. You volunteered. You staffed campaigns. You produced ads. And you deployed new organizations to solve real problems.

When we started this community a year ago, we wanted to fight the isolation that so many felt after the election. As we look back, it’s not what you’ve done this year that matters most. It’s that you did it together. That may sounds corny, but that’s the only way we save this democracy.