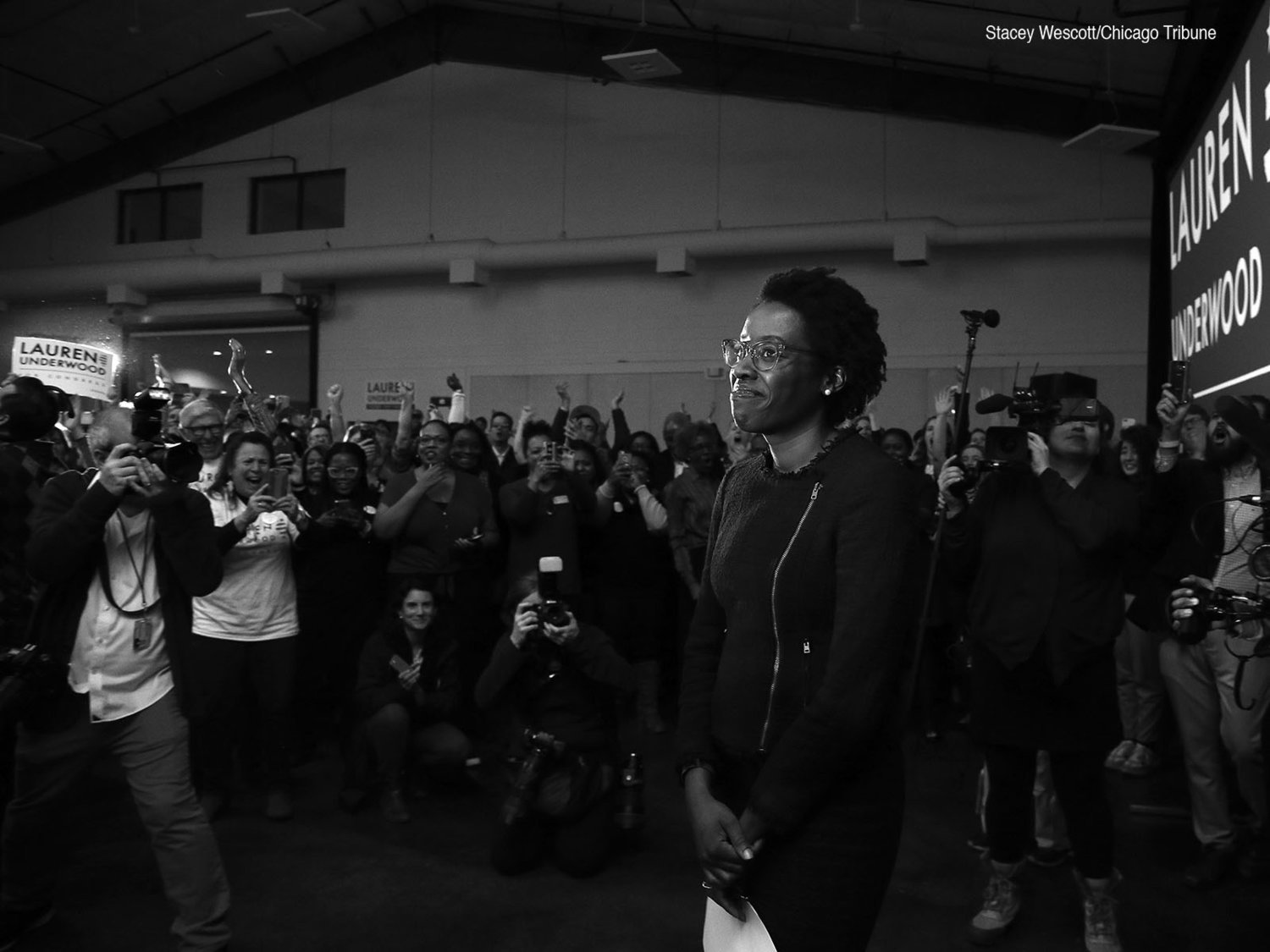 Last night, we elected a new generation of leaders. Leaders who ran for office because they believe in a more inclusive and equitable democracy.

Leaders like Lauren Underwood (IL-14 Congress), a nurse from Naperville, IL, who attended our first Summit in Nashville, Tennessee in December, 2016 — where she first entertained the idea of running for office, met her future campaign manager, and built relationships with activists and candidates across the country. Lauren was part of our inaugural class of Arena PAC Fellows. She beat six challengers in her primary, and last night, she won the general election.

Leaders like Lina Hidalgo, who defeated an 11-year incumbent to become Harris County Judge, the executive of Texas’ largest county (and our country’s third largest). At age 28, Lina, will oversee a $4.3 billion budget for over 4.5 million residents. Or Haley Stevens, a former Obama Administration official who attended the first few Arena Summits, and flipped Michigan’s 11th congressional district. Or Max Rose, a 31 year old veteran, who took almost 53% of the vote in a congressional district Trump won overwhelmingly in 2016.

We founded Arena PAC because we believed these leaders were out there, but were too often under-resourced and overlooked.

How did Arena help?

We worked closely with each of our 54 Fellows and their teams in three key areas: 1) storytelling, 2) organizing, and 3) campaign leadership. Arena PAC provided ongoing coaching, training, and mentorship to candidates and their campaign managers from launch to Election Day. Despite many facing crowded fields and establishment-backed opponents, 52 of 54 Arena PAC Fellows won their primaries. Many won the general election last night, and others are too close to call. We will share the share the full results once they are available.

Raising money is a daunting task for many first-time candidates, with early money being one of the greatest determinants of viability, yet one of the biggest hurdles they face. That’s why we assembled Arena PAC-backed joint fundraising committees for our federal candidates and organized events around the country for them. We’re proud that we helped raise more than $1 million through these events, which went directly to our candidates’ campaigns. Additionally, we directly invested over $319,000 in efforts to flip New York and Arizona.

In June, we launched a campaign toolbox — which includes free toolkits, tutorials, and templates for any campaign across the country to use. Our tools were downloaded 3,514 times — helping candidates and their teams to craft messages, set voter targeting, hire staff, and plan for GOTV.

In New York, we coached and supported nine candidates, including four candidates for US congress, four for NY state legislature, and one for NY state committee. We also made a major investment in the Working Families Party. Our 2018 New York candidates went 7 for 9 — ensuring Democrats defeated the IDC, took back the NY State Senate, and won a majority in the US House.

In Arizona, following our December 2017 Summit in Phoenix, we partnered with the Future Now Fund, the Arizona Democratic Legislative Campaign Committee (ADLCC), and the Arizona Democratic Party in support of 18 campaigns for the State Senate and State House as well as with our three Arena Fellows: David Garcia for Governor, January Contreras for Attorney General, and Raquel Terán for State Representative. Arena PAC invested heavily in Arizona, working shoulder-to-shoulder with these campaigns and contributing more than $238,000. Though we didn’t see all of the results we hoped for last night, we’ve laid critical groundwork for elections to come.

In North Carolina, coming off our March 2017 Summit in Raleigh, we locked arms with local leaders to chip away at the dominance of the state’s dark web of right wing political groups who’ve hijacked the state’s democracy. And last night, we made two critical steps forward. Arena candidate Brandon Lofton flipped a seat in the NC House, ending the GOP supermajority. Civil rights attorney Anita Earls also flipped a critically important statewide seat on the NC Supreme Court.

First, as mentioned above, some of our races are too close to call. Read the latest news and donate to ensure they have what they need to make sure potential recounts are completed legally and accurately.

Second, in the weeks to come, we will announce major initiatives for the 2019 and 2020 elections — from state and local races to the presidency. Stay tuned for more.

Finally, thank you for everything you have done to step into the Arena. We are so proud of what we’ve accomplished together. This is just the beginning.